In August, Pulitzer-Prize-winning journalist Glenn Greenwald made a surprising announcement: a partnership with a little-known video streaming service called Rumble.

For Rumble, the deal looks like an attempt to grow its user base beyond fans of former President Donald Trump. For Greenwald, the move represents a protest against Silicon Valley’s attempt to police content online.

“Unlike Youtube, Facebook, and Twitter, which began wildly expanding how the rules are applied for broader society to remove so-called ‘disinformation,’ Rumble just stayed true to the original mission,” Greenwald explained in a recent interview.

“You can’t go on there and say racist stuff, but they don’t monitor for what’s true or false. They really believe in true debate.”

And Greenwald isn’t the only one joining the new service.

And recently, Rumble announced a partnership with former Democratic congresswoman Tulsi Gabbard and comedian Bridget Phetasy, in addition to a dozen or so other celebrity contributors.

All of which begs the question…

Exactly what is Rumble? Where did the site come from? And do security professionals need to pay attention?

Canada-based Rumble is a small but fast-growing video sharing platform that has positioned itself as the leading alternative to YouTube.

CEO Chris Pavlovski launched the site in 2013. And originally, most of the content consisted of viral videos published elsewhere.

But over the past year, the site’s user base has ballooned 25-fold. And today, Rumble claims to have over 30 million monthly active users.

If you visit the site, you’ll find a homepage that closely resembles other video streaming services.

A screenshot of Rumble.com’s homepage.

What separates Rumble from alternatives comes down to the site’s hands off approach to content moderation.

Rumble prohibits users from posting pornography or illegal content. Moderators also police the community for racist and homophobic comments or other forms of harassment.

But beyond some basic ground rules, creators have the freedom to publish pretty much whatever they like.

“At Rumble, we will forever foster debate, opinions, and civil dialogue, whether you agree or disagree,” the company explained in a recent Twitter tweet.

“We are not a publisher and we will not dictate editorial policy on creators.”

This approach explains much of the site’s explosive growth.

As other social networks crack down on content that violates their policy guidelines, banned publishers have migrated to Rumble.

Other controversial content creators, worried their channels could go dark at any time, have also started backing up their videos on the site.

So while Rumble’s founders do not seem to have an explicit political ideology, it would be safe to describe the community as generally right-wing and anti-establishment.

And it’s not uncommon to find open discussions that would be barred on mainstream sites, such as skepticism towards the coronavirus vaccine or claims of electoral fraud.

Why is Rumble Relevant to Security Professionals?

That’s no longer the case. As alternative social networks grow in size, organizations are starting to find themselves with holes in their online coverage.

More and more often, we see leaders caught off guard by incidents that are later discovered to have been forecasted right in plain sight.

But the security team failed to capture this valuable Intelligence ahead of time because they weren’t looking in the right place.

In the case of Rumble specifically, the site’s limited efforts to moderate content creates a few headaches for corporate security leaders. For instance: 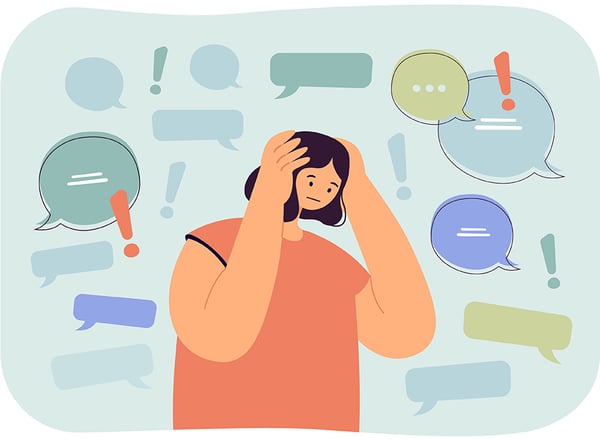 Misinformation represents misleading or explicitly false content that is spread without mal-intent. This type of content can originate on alt-tech social networks like Rumble where limited moderation allows rumors to spread unchecked. If left to fester, misinformation can spread to more mainstream sites and news outlets. 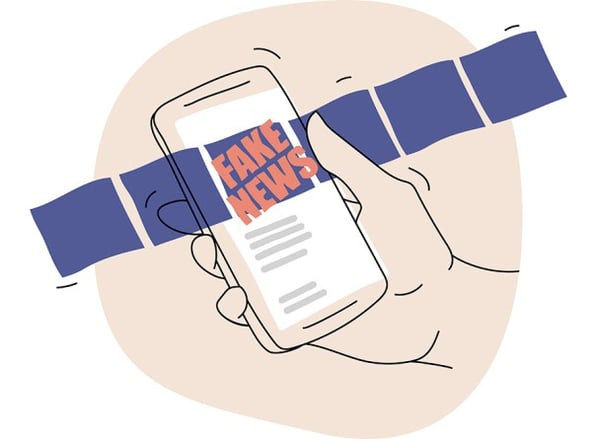 Disinformation represents false reports intentionally created to undermine an organization or individual. For example, this could include a deep fake video of an executive. Alternatively, an adversary may publish a fake news story in a media outlet. Threat actors, such as a nationstate or a short seller, may exploit open sites like Rumble to kickstart their disinformation campaigns.

Rumble explicitly prohibits harassment and violent threats on its platform. But like any social network, comment section discussions can quickly escalate. It’s not uncommon to come across threatening posts directed towards leaders of left-wing political groups or executives of businesses that express progressive views.

What Does the Future Hold for Rumble

Many skeptics have dismissed Rumble as a sideshow.

The site’s 30 million active monthly users, they point out, pales in comparison to YouTube.

And given the limited amount of content published daily, the community can feel like an internet ghost town — especially in comparison to more established social networks.

That said, security analysts have a good reason to watch this site.

To begin with, Rumble now has solid financial backing.

Earlier this year, billionaire Peter Thiel invested an undisclosed amount into the startup. That has given Rumble executives much needed funds to pay content creators and attract new audiences.

Moreover, we continue to see a migration of anti-establishment political groups, both on the left and the right, away from mainstream social networks.

Users upset at the heavy-handed content moderation policies employed by Silicon Valley have started moving to new communities with less regulation. And Rumble appears to have positioned itself as one of those go-to destinations.

The Bottom Line on Rumble

But the site has momentum. Thanks to a fast growing user base and the right financial backing, Rumble appears poised to surprise some of its skeptics.

And that’s something security analysts should keep an eye on.

Alt-Tech Social Networks & Why They Matter to Security Pros

Alt-Tech Social Networks & Why They Matter to Security Pros

At LifeRaft, we know many of our customers are concerned about the rise of alt-tech social networks.

At Liferaft, we know from talking to hundreds of OSINT analysts that online misinformation presents a growing challenge.

3 Steps to Land a New Physical Security Job in 2022

3 Steps to Land a New Physical Security Job in 2022

At some point when searching for a new physical security job, someone mentions the importance of ‘networking.’